3 super tips for women - take control of your financial future

Too many women are at risk of poverty in retirement. This article explores some of the key factors that lead to women having less retirement savings, what is being done at a societal and government level to change this, and what you can do now to feel more confident about your financial future.

On average, women retire with almost 42% less superannuation savings than men1. There are a range of causes for this. These include the gender pay gap and the fact that women are more likely to take time off to care for children and other family members.

Women and their super - 5 key takeaways

The Future Face of Poverty is Female

A report by Monash University (commissioned by AustralianSuper) called The Future Face of Poverty is Female, provides an analysis of some of the key factors that contribute to the superannuation gap in Australia. It explores the stories behind women’s superannuation poverty in retirement through in-depth interviews with 40 women aged 40 and over from across Australia.

The report found there’s no financially ‘good time’ for women to invest in themselves and their own future economic security. It also found that society doesn’t properly acknowledge the challenges women are faced with. The conversation around reducing the retirement savings gap focuses too much on ‘choices’ women make, undermining the lived experience of women.

Many women to take actions and make decisions in the context of what’s best for their immediate or extended family - not themselves. And while this is still the case, broader structural, cultural and organisational changes which recognise this are needed. This would help support women who need to take time out of the workforce and give women the chance to significantly improve their superannuation savings. For example, not all companies pay women super on parental leave and it’s not always known what women are entitled to in divorce when it comes to super.

Working to close the gender gap in super

From issues such as the gender pay gap to time taken out of the workforce to care for family, many women are vulnerable to poverty in retirement. But by working together we can drive change to close the super gap and better your financial future.

Working to close the gender gap in super 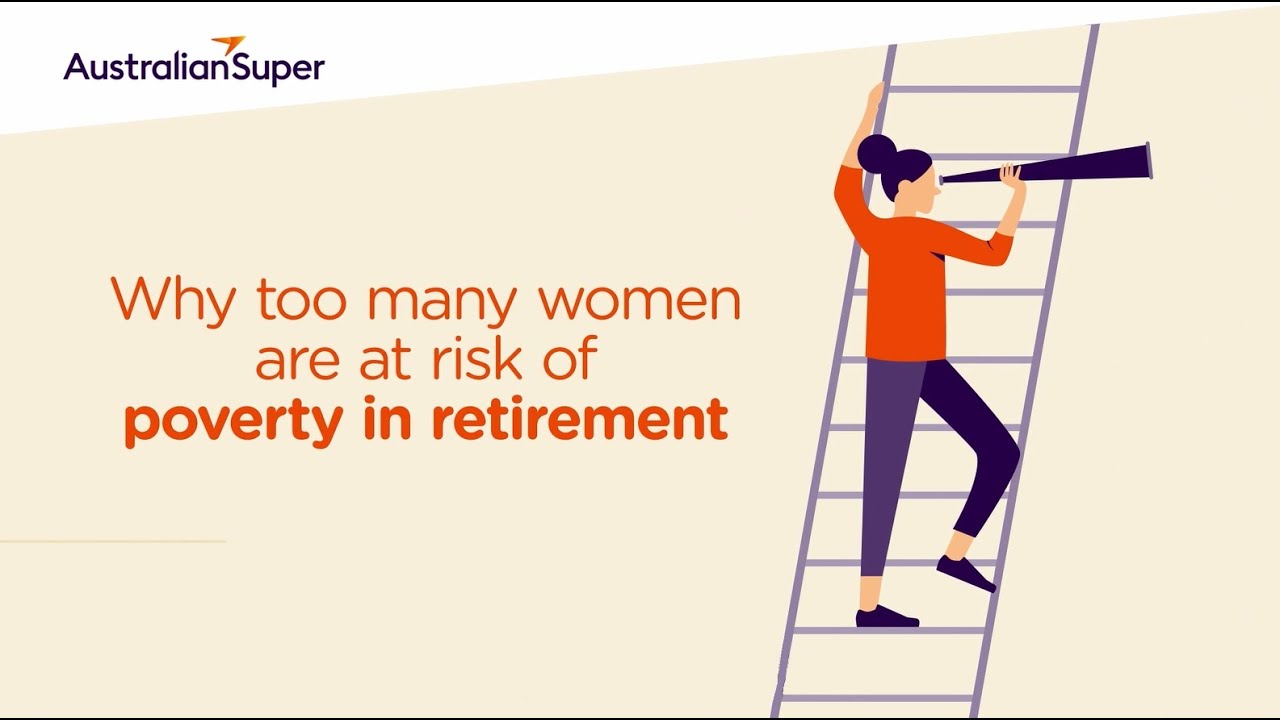 The Future Face of Poverty is Female report found there is no financially ‘good time’ for women to invest in themselves.

There are a few simple things you can do now to help you feel more confident about your financial future and build your best possible retirement.

1. Locate and consolidate all of your super

Do you know how many super accounts you have? If you’ve had more than one job, you could have ‘lost’ super.

Check with the ATO or our tool and consider consolidating any multiple accounts into one. It could help you save on fees, avoid duplicate insurance policies, and make it easier to manage your super.

HOW TO FIND AND CONSOLIDATE YOUR SUPER

Before making a decision to combine multiple funds, look out for any fees or charges that may apply for closing an account. Make sure you also understand the impact of combining your accounts on any additional benefits, such as insurance.

2. Top up your super balance where you can

Your account earns compound returns, so extra contributions, even small ones, can add up over time and boost your final balance. The earlier you start, the more you could benefit in the long run, as your money has more time to grow.

Here are a few options to boost your super:

Add to your super by salary sacrificing from your, or your partners pay

Taking time off work to raise children or care for family members means reduced income, and often reduced super. In fact, this is one of the key reasons why women end up with less super savings than men. If you have a break from work coming, consider making extra contributions by salary sacrificing before you stop working. You can also get your partner to contribute too.

When you ‘sacrifice’ some of your salary, you make an agreement with your employer to pay this amount straight into your super account instead of your bank account. It will mean a little less take-home pay, but it could have a significant impact on your super balance when you retire.

Salary sacrificing isn’t for everyone, and there are limits to how much you can contribute, so it’s important to carefully consider the pros and cons.

Make the most of Government

If you’re currently on leave or have reduced your hours you may be eligible for a super co-contribution from the Australian Government.

If you have a yearly income of less than $54,837 (before tax, for the financial year of 2019-2020), and you meet the eligibility criteria, the Government will match 50 cents for every $1 that you add to your super from your after-tax income up to a maximum. This could mean up to a $500 contribution from the Government, paid directly into your super account after you’ve lodged your tax return for that year.

3. Calculate how your super is tracking

AustralianSuper’s superannuation projection calculator can help you see what your final retirement balance may look like.

The annual Retirement Confidence Index carried out by AustralianSuper and Monash University found that women report less retirement confidence then men. But, when it comes other factors such as mental health and social connectedness in retirement, women tend to fare better than men. The study also found that goal setting and planning boost confidence levels.

How confident do you feel about retirement?

READ MORE ABOUT: THE GENDER SUPER

Investment returns are not guaranteed.

This may include general financial advice which doesn’t take into account your personal objectives, financial situation or needs. Before making a decision consider if the information is right for you and read the relevant Product Disclosure Statement, available at australiansuper.com/pds or by calling 1300 300 273. A Target Market Determination (TMD) is a document that outlines the target market a product has been designed for. Find the TMDs at australiansuper.com/TMD.

Face to face, online or over the phone, our professional advice can give you the perfect game plan for your super.

find out more
Back to top